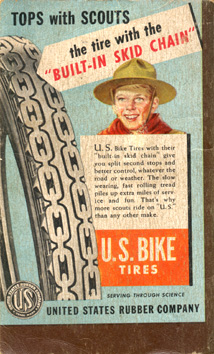 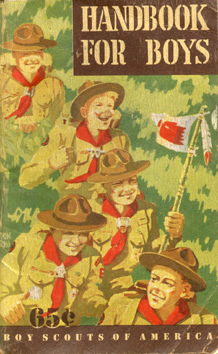 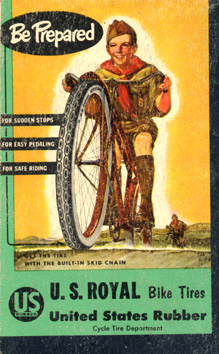 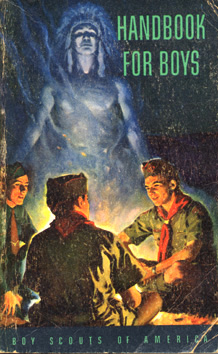 In 1948, the BSA lowered its entry age from 12 to 11 and changed the advancement requirements, necessitating a new Handbook.

The 5th Edition offered many changes from the previous Handbook. It drops the chapter on games and the extensive sections on animals, birds, insects, trees, fishes, which had appeared in all Handbooks until that time. In place of the wildlife descriptions, it groups flora and fauna in several drawings of various habitats (seashore, forest, etc.); the amount of wildlife content and discussion, however, is greatly reduced and remains so until the 9th Edition. The 5th Edition also contains a minimal discussion of puberty and not a hint of sex. Again, not until the 9th Edition would a Handbook contain any guidance on sex. Along with the Original Edition, the 5th Edition omits any mention of alcohol or tobacco or of poisonous snakes.

The 5th Edition is the first Handbook to show the taut line hitch, so useful on tent lines, and it is the first to include lashings. It is also the first Handbook to include edible wild plants and the Scout Slogan ("Do a Good Turn Daily"). It has a much more complete discussion of fire building than heretofore. In addition to other information on conservation, it is the first book to contain a "Conservation Pledge" ("I give my pledge as an American to save and faithfully to defend from waste the natural resources of my Country — its soil and minerals, its forests, water and wildlife." ). Starting with the 8th printing, this is reworded to our present "Outdoor Code" ("As an American, I will do my best to — be clean in my outdoor manners, be careful with fire, be considerate in the outdoors, and be conservation-minded.").

[It is ironic that the printing where the Conservation Pledge first appears contains an advertisement advocating species extermination. The ad (for Peters ammunition) is entitled "How Doc Peters helped Jimmie track down a menace." After shooting a bobcat, Jimmie says to Doc, "That's one less bobcat to plunder the woods." And Doc answers, "Yes, son, you've helped conservation of wild life."]

Interestingly, although BSA did not start showing non-white faces in the handbook until the 7th Edition, there is a single drawing in every printing of the 5th Edition that shows a black Scout (page 313).

The 5th Edition is the last Handbook written by a number of experts, the last of the small-size Handbooks, and the last printed exclusively in black and white (other than the cover).